​2000:   Donna Toft; wanting to make soap for her family, set out researching how to make high quality goat milk soap the "old fashioned" way, called the cold process method.
Many months later, she had perfected her recipe & was making soap for not only her family, but friends & relatives as well. She quickly realized that she could make a business out of her hobby,
which is when TOFT TOUCH SOAPS began.
Soon, Donna was selling her awesome goat milk soaps at Farmers Markets & shops throughout Lasalle, Dekalb & Kendall counties & continued building an awesome business.
20 years & thousands of bars later.... 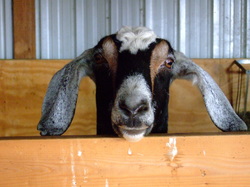 2020:  Donna & Mark retired to sunny Florida & Amy Haines took over the production of Toft Touch Soaps products in her studio in Plano.  Amy continues to use the same recipes, process & ingredients that Donna herself was using.  Although Amy may be using a little less color in her bars, the soaps & lotions are exactly the same! 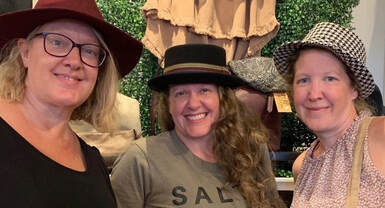 New Owner of TOFT touch soaps:  Amy Haines & Donna Toft met in 2009 at a little shop in Plano that Amy & her sister Cindy opened called ECLECTIQUE green boutique & book exchange.  Their friendship blossomed & even Donna's daughter Molly frequented the store & helped out from time to time.  After 10 years of Amy selling Donna's soaps at various stores she had owned, it was only natural that once Donna retired that she, take the reins & start making the soap herself.  TOFT touch soap products are being sold at several Illinois shops as well as Indiana & soon Michigan.  Currently their entire inventory is being sold at PLAID UMBRELLA -collective- in Plano.
UA-119795375-1